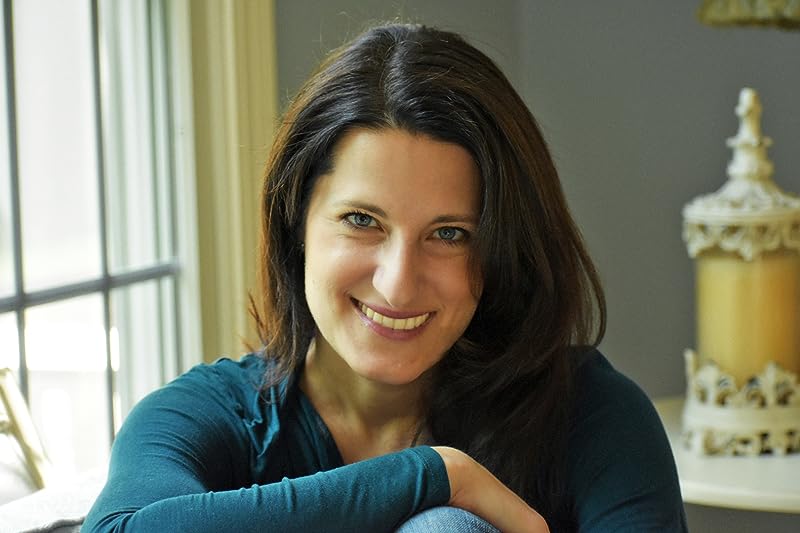 Suzanne Nelson is a finalist for the Mythopoeic Fantasy Award for Children’s Literature for her book
A Tale Magnolious. She is also the author of Serendipity's Footsteps, a Sydney Taylor Honor Book and CCBC Choice for Young Adult Fiction, and also known for her foodie romance middle grade novels, including Cake Pop Crush, Macarons at Midnight, and Hot Cocoa Hearts. She is a shameless fan of The Sound of Music, Hershey's kisses, Charlotte Bronte, and Jane Austen, and can often be caught daydreaming of romping about gothic castles in lovely Victorian gowns. She was born in New Jersey, grew up in Southern California, attended college in Texas, and spent eight years as a children's book editor in New York City. She now lives in Ridgefield, Connecticut.
***
Fans of Kate DiCamillo and Katherine Applegate will warm to this story of an orphan and an elephant who band together to save a lovelorn town, relying on an eccentric crew and a couple of miracles along the way. Nitty Luce is an orphan--and a thief. Magnolious is an elephant--and a fugitive. When the two misfits come face to face in the middle of a blinding dust storm, they form an immediate bond. But with Nitty hiding a stolen pouch of gleaming green seeds and Mag mere moments from being hanged, the two don't have much time to get to know each other. Escaping into the storm, they end up on a barren farm in Fortune's Bluff, a town withered by a decade of dust storms. While most would be deterred by the farm's curmudgeonly owner, Windle Homes, Nitty sees past his harsh exterior. She promises to bring the farm back to life--with the help of Mag and those little green seeds. Soon enough, Nitty and Mag are harvesting their first crop, and they're quickly the talk of the town. But as the townspeople become hopeful, the Mayor Neezer Snollygost becomes suspicious. Will Nitty and Mag be able to save Fortune's Bluff and make a new, safe home for themselves? Doing so might just take a miracle. . . .
***
Central idea behind A Tale Magnolious?
As Nitty thinks to herself in A Tale Magnolious, hope is "never an end, but always a beginning." And love can "always be found lingering, waiting to blossom, sooner or later." In a nutshell, hope and love were the ideas behind A Tale Magnolious  They were what drove the story, fostered the unlikely friendship between the orphan Nitty and the elephant Magnolious, and what created the found family Nitty discovers in Windle Homes, Twitch Higgler, and Bernice Sigh. They were what rescued Fortune's Bluff from despair and from Neezer Snollygost's greed. In truth, I believe that hope and love, and the pathways they open to forgiveness and redemption, are what connect us as human beings and what can embolden us to better our world.


How does this story fit in with the rest of your body of work?

My writing spans a variety of styles and genres. I write a line of light, fast-paced books for Scholastic that focus on friendship, food, and first crushes. These include my books Cake Pop Crush and my most recent, Pumpkin Spice up Your Life. They have a recognizable style and school-centered storylines. But I also write stand-alone novels, like A Tale Magnolious  and my young adult novel, Serendipity's Footsteps, that are more literary in style and concepts. I like writing both types of books, but stories like A Tale Magnolious challenge me as a writer, stretch my abilities, and allow me to experiment with a variety of genres. I've always admired literature containing elements of magical realism. The Shadow of the Wind by Carlos Ruiz Zafon and Like Water for Chocolate by Laura Esquivel were some of the first novels I read with elements of magical realism. I love middle-grade novels that contain magical realism elements as well, like Sweep by Jonathan Auxier and A Snicker of Magic by Natalie Lloyd. I loved writing A Tale Magnolious because it allowed me to weave magical elements into the historical setting of the Dust Bowl and Great Depression years. Magic has a way of making some topics more accessible to young readers, and it's fascinating and fun, too!


What is your philosophy toward writing for children?
I write, always, with the hope of inspiring readers, of giving them a piece of a story to cling to when they're challenged by life or are in need of hope, comfort, or a kindred spirit. A story that expands readers' world and views, that offers them a glimpse of someone or something new, or that speaks to them about who they are or who they wish to become, is a story that lives on after the reading. I don't differentiate between writing for children and adults as a craft, because writing for both audiences requires the same skill and commitment. Universal themes on friendship, family, life, and good and evil exist in literature for both audiences. I firmly believe that adults can gain as much from reading children's literature as children can, and that children who are capable and ready for adult literature should read it as well.


There is something post-apocalyptic about the dust bowl-esque farm featured in this book. Did you pull ideas from history or dystopian literature?

I'm a fan of dystopian literature, but I didn't have any particular piece in mind as I was writing A Tale Magnolious. Certainly, the desperation of the Dust Bowl years and the Great Depression era were at the forefront of my mind as I wrote. I am an avid student of history and think often about periods, like World War II, where there have been great loss, or evil and tragedy, but where humankind has ultimately overcome these horrors through courage, faith, and love. As I crafted Nitty and Magnolious's story, I kept returning to the idea of hope blooming in the midst of desolation. Even Neezer Snollygost had the chance to alter his self-serving, destructive path, but he chose not to. In a way, I suppose he resembled Tolkien's Gollum in that his obsessions robbed him of his better self. But others in Magnolious like Windle Homes, gave up their resentments and anger, and once they did, their hearts reopened to love. People have a way of finding joy and one another in the darkest times through love and hope.

As a child, I spent several weeks each year visiting my grandfather's farm in Pennsylvania. I was always fascinated by how the potato fields transformed from bleak and barren in winter to lush and green in summer. I grew up in Southern California, where the hillsides were often parched and brown. Santa Ana winds brought fires to our county nearly every summer. Because drought was so much a part of life in California, the green of my grandpa's Pennsylvania farm did feel miraculous, on some level, to me. More than that, though, the concept of hope being reborn through love, faith, family, and friendship is one I cling to personally. Given the choice between two worlds, one with hope and one without, I choose the one with hope, always. That's the world I choose to write for my readers as well.


Have you read any of the Inklings books (Tolkien, C.S. Lewis, Charles Williams)? Do you like them?
I read C.S. Lewis's The Lion, The Witch, and the Wardrobe for the first time in fifth grade. My teacher read it aloud to us, and I soon had the entire Chronicles of Narnia series adorning my bookshelf. Because my own copy from childhood is so well-loved and worn, I bought my own children a beautifully-illustrated edition of The Lion, The Witch, and the Wardrobe and we all read it aloud together when my oldest was in fifth grade, continuing the tradition. I also read Tolkien's The Hobbit as a child and again as an adult. I remember watching a play of "The Hobbit" in elementary school and being terrified of Gollum and of the spider that Bilbo Baggins battles. The Inklings, indeed, had a formative influence on my childhood and on my love of literature. The idea of an enchanted wardrobe was especially enticing to me. In fact, for a time I believed that the closet in my bedroom had magical properties. I thought it was the perfect place for fairies to hide, and where my dolls could come to life for tea parties in the middle of the night. I've long admired Lewis's and Tolkien's redemptive themes and their portrayals of the neverending battles between the forces of good and evil, love and hate.


Who would you consider an influential author to you? How have they shaped your work?
The list of authors I admire is endless. I'm ever-evolving as an author, and so the authors who influence or inspire me continue to evolve as well. LM Montgomery's Anne Shirley was one of the most formative characters I encountered as a child, and she helped to inspire Nitty Luce's "effervescent" character in A Tale Magnolious  Madeleine L'Engle's A Wrinkle in Time was also one of my childhood favorites, along with Susan Cooper's The Dark is Rising. I'm also an ardent fan of Charlotte Bronte, and Jane Eyre was instrumental in solidifying my desire to become a writer. I loved everything about that novel and about Jane's fortitude, integrity, and sense of self. In the world of children's literature, I adore the works of Kate DiCamillo, Philip Pullman, Erin Entrada Kelly, and Kelly Barnhill. Some of the authors I admire have actually been Mythopoeic Society Award winners of the past: Neil Gaiman, Natalie Lloyd, and Robin McKinley, to name a few. In short, there isn't any one author who's been influential to me, but an entire universe of authors who have. I consider myself a student of other writers. I admire everyone who takes on the task of world-building and word-building, and seek to learn from them all.


If you could recommend one book for everyone to read, what would it be and why?
I can't recommend one book for everyone, because pairing books with people is like matchmaking. A book that is transformative to one person might strike another as boring. Instead, I would recommend reading what inspires, challenges, and speaks to you as an individual. For me, just a few of those books were A Winter's Tale by Mark Helprin, All the Light We Cannot See by Anthony Doerr, Jane Eyre by Charlotte Bronte, Anne of Green Gables by LM Montgomery, and Life of Pi by Yann Martel. But I could go on for pages. In the end, seek out books that nourish your soul and stir your imagination.


Do you have any new books in the works?
A Batch Made in Heaven, which is the tenth book in my line of Scholastic tween foodie books, will be out in October of 2021. It's about one of my favorite desserts of all time: cookies! Also, I'm currently working on two other stand alone middle-grade novels that I'm very excited about. Although I can't tell you details about either project, I can say that one of them involves hints of magic. I have many story ideas in the works, and I hope to be able to share more about each of them soon. To learn more about my upcoming projects and my current books, visit my website at www.suzannenelson.com. Or, you can follow me on Facebook and Instagram @suzannenelsonbooks and on Twitter @snelsonbooks.
Posted by alicia at 12:51 PM