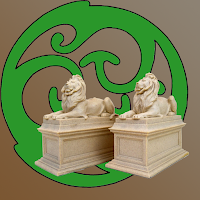 The Fall 2020 volume of Mythlore (#137, Volume 39, Issue 1) is now available for purchase! Print and digital options are available via our website.

As we experience ongoing Mythopoeic nostalgia, waiting for our delayed Mythcon 51 (the new dates are July 30 - August 2, 2021), the Mythopoeic Press has announced its special sale, Part Two.

Through the rest of 2020, we will select one of our backlisted titles each month or so, to go on sale when purchased through our website at our Mythopoeic Press page. Our second featured title for the rest of September and October is: Past Watchful Dragons: Fantasy and Faith in the World of C.S. Lewis, edited by Amy H. Sturgis, with 35% off, total $12.95 (normally $19.95 on our website).

This volume provides a broad sample of the research presented at the "Past Watchful Dragons: Fantasy and Faith in the World of C.S. Lewis" international conference held at Belmont University on November 3-5, 2005. The contributing scholars reflect a truly interdisciplinary discussion representing the fields of literature, theology, history, and popular culture. The assembled essays offer insights on the messages of C.S. Lewis's fiction and nonfiction, the dramatic adaptations of his work, the influence of his faith, and his relevance to related fantasy literature and other authors. So please enjoy - AND we hope to see you in Albuquerque NEXT summer! 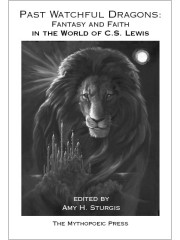 Many of us are suffering from Mythopoeic Nostalgia as we wait for Mythcon 51 in 2021. We propose to recapture some of the intellectual excitement from our earlier days by reading one of our backlisted titles. Through the rest of 2020, we will select one of our backlisted titles each month to go on sale when purchased through our website at http://www.mythsoc.org/press.htm.

Our first featured title for the rest of July and August is:
The Intersection of Fantasy and Native America: From H. P. Lovecraft to Leslie Marmon Silko, edited by Amy H. Sturgis and David D. Oberhelman - 25% off, total $14.95 (normally $19.95 on our website and $23.00 from Amazon.com). 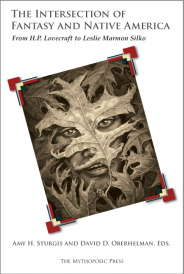 The Council of Stewards has considered carefully the state of upheaval and quarantine in which the country has been operating and come to the conclusion that our best path forward is to postpone Mythcon 51 for one year. The new dates are July 30 - August 2, 2021.

Our Guests of Honor, author Rivera Sun and scholar David Bratman, both concur and are happy to serve in that capacity next year. The hotel has been very accommodating and we dare say that our theme, "The Mythic, the Fantastic, and the Alien," will be even more apt next year.

The Call for Papers is available and registration remains open; join now while the membership rates are low.

We hope to see you in Albuquerque NEXT summer!

We are thrilled to announce our Author Guest of Honor for Mythcon 51 is Rivera Sun, the author of The Dandelion Insurrection, The Roots of Resistance, and other novels. Her young adult fantasy series, the Ari Ara Series, has been widely acclaimed by teachers, parents, and peace activists for its blending of fantasy and adventure with social justice issues. The Way Between, the first book in the Ari Ara Series, has been read by numerous groups of all ages, while the second book in the series, The Lost Heir, has been nominated for the 2020 Dayton Peace Literature Prize.

Our Scholar Guest of Honor will be David Bratman, who has been reading Tolkien for over fifty years, and has been writing Tolkien scholarship for nearly as long. His earliest contribution to the field was the first-ever published Tale of Years for the First Age, right after The Silmarillion was published. Since then he has published articles with titles like “Top Ten Rejected Plot Twists from The Lord of the Rings,” “Hobbit Names Aren’t from Kentucky,” and “Liquid Tolkien” (on Tolkien and music). He’s been co-editor of Tolkien Studies: An Annual Scholarly Review since 2013, and has written or edited its annual “Year’s Work in Tolkien Studies” since 2004. David edited The Masques of Amen House by Charles Williams and contributed the bio-bibliographical appendix on the Inklings to Diana Pavlac Glyer’s The Company They Keep. He has also written on C.S. Lewis, Ursula Le Guin, Mervyn Peake, Neil Gaiman, and others.


The conference theme for Mythcon 51 is the Mythic, the Fantastic, and the Alien. Does exploring the Other in Mythopoeia appeal to you? Our call for papers is open until May 15th!

Registration is now open; we invite you to join us next summer in Albuquerque, New Mexico, July 31- August 3, 2020.
Posted by alicia at 10:00 AM No comments:

The Call for Papers for this year's Mythcon is now live.

Please join us at Mythcon 51: The Mythic, the Fantastic, and the Alien, which will be taking place July 31 - August 3, 2020 in Albuquerque, New Mexico.

This year’s Mythcon theme provides multiple opportunities to explore the Other in fantasy and mythopoeic literature. Tolkien spoke in “On Fairy-stories” of “the desire to visit, free as a fish, the deep sea; or the longing for the noiseless, gracious, economical flight of a bird.” We invite discussion about the types of fantasy that are more likely to put us into contact with the alien, such as time portal fantasy and space travel fantasy.

As always, this is going to draw a number of interesting and insightful presentations and panels. If you would like to participate by submitting a paper, please check the CFP for submission information. If your interest has been piqued, please consider registering for our conference. See you in Albuquerque!

Posted by alicia at 6:10 PM No comments: