John Crowley, scheduled to be Author Guest of Honor at Mythcon 50, has had to cancel his appearance for personal reasons. We hope that John may be able to join us at a future Mythopoeic Conference. 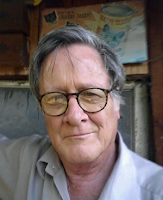 But we are pleased to announce that Tim Powers has agreed to be our GOH Emeritus.  Tim Powers is a science-fiction and fantasy author and arguably heir to the legacy of Charles Williams. Tim has been Author GOH at Mythcon twice; first in Berkeley for Mythcon 26 and most recently at Mythcon 41 in Dallas, Texas. Tim has received numerous awards and nominations for his works, including the World Fantasy Award twice, for his novels Last Call (1992) and Declare (2000). He has been nominated for the Mythopoeic Fantasy Award five times, winning the award in 1990 for The Stress of Her Regard.

We encourage you to join us for our 50th Mythopoeic Conference in San Diego, California, August 2-5, 2019.